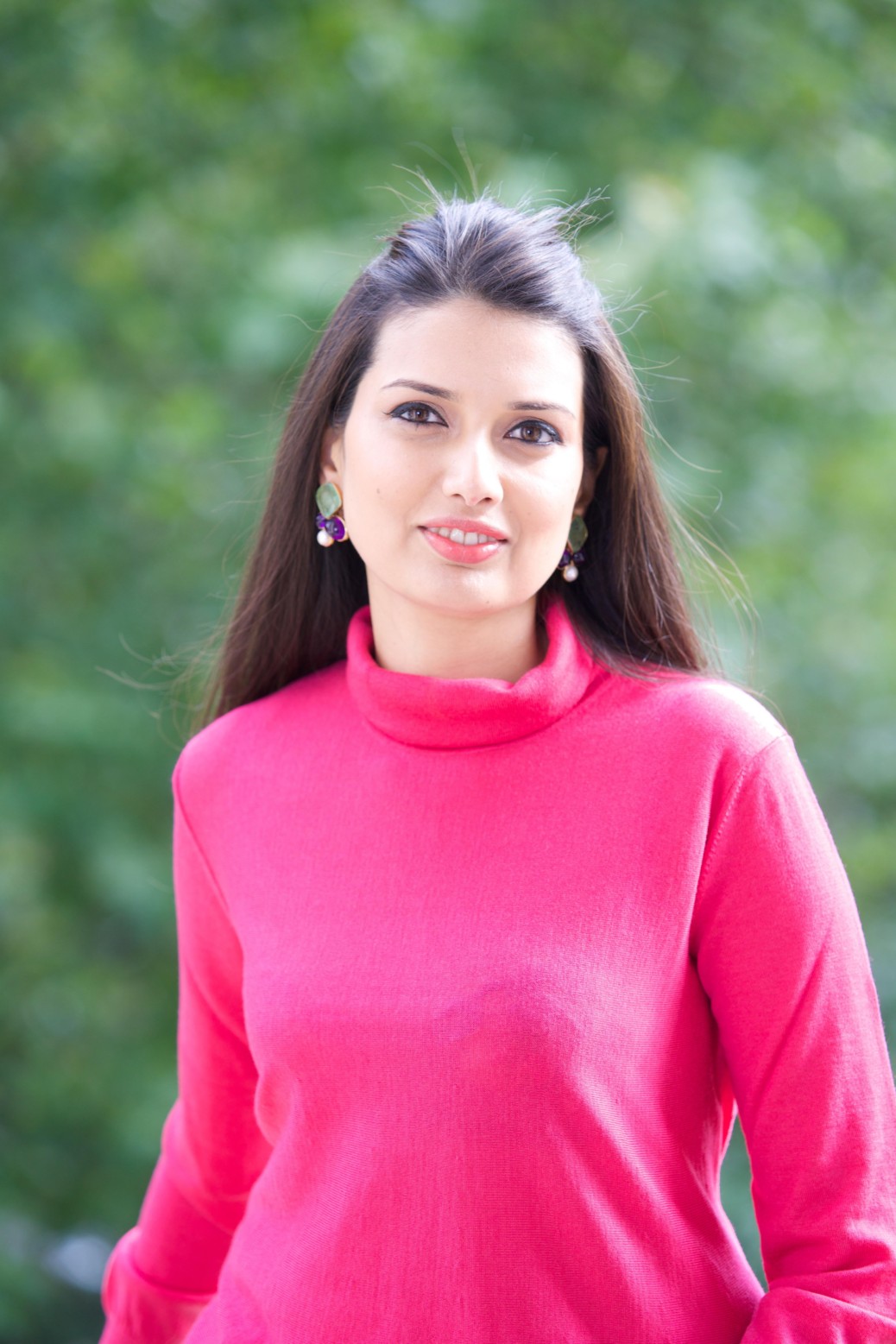 India is amongst the fastest growing regions in the world, with an aggregate GDP in excess of USD 3 trillion and a population in excess of 1.8 billion. At the same time it has significant deficits in human development-37% of the world’s poor and nearly half of the world’s malnourished children come from the region. These ironies and contradictions make it imperative to focus on not only economic growth but also on rapidly improving its social parameters.

The Social Progress Index (SPI) emphasises what matters to individuals, governments and societies by reflecting the social and environmental progress of a region. By providing a robust and integrated framework, it enables people to measure the building blocks of basic human needs, well-being and opportunities required for human flourishing. In doing so, it goes way beyond conventional methods of measuring progress (such as GDP and HDI) and provides an actionable tool that can help policy makers and practitioners implement plans that can drive rapid social progress.

Implementing the SPI in India gives us the unique opportunity of moving beyond the historic obsession with economic growth to a more nuanced understanding of issues that really matter to individuals and communities. SPI can be used as a common language to bring together government, business and civil society around a new vision of what their communities could be. By highlighting specific social challenges, the SPI can help catalyse policy decisions, guide CSR investments and serve as a monitoring mechanism for SDGs.

Since India is a federation of states, the SPI can also be a critical tool for measuring performance and prioritizing action at the subnational level. The SPI can help measure both the states’ absolute performance and well as highlight their relative progress, by comparing states at a similar level of per capita income.

Secondly, while all Indian states have made significant headway with respect to social progress over the last eleven years, what is striking is the wide variations between individual states. Further, the average SPI scores are clustered between 48 and 57 for the period 2005-2016. Indicating there is considerable room for improvement across Indian states.

Thirdly, the data indicates that while economic performance is directly related to social progress, it does not provide a complete picture. Indeed, states with high economic prosperity have been lagging behind significantly with respect to social progress. This divergence between social and economic progress highlights the need for states in India to prioritize key social and environmental policies.

This brings us to the example of two states in India, Gujarat and Kerala, which present an interesting paradox for us to consider.

Gujarat is one of the high growth states in the country. Gujarat’s Net State Domestic Product (NSDP) was at US$ 120.91 billion over 2014-15 (see graph 1 below). The state is one of the most industrially developed states and contributes to about a quarter to India’s goods exports. 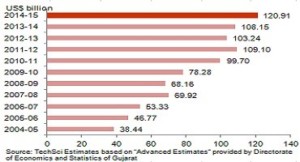 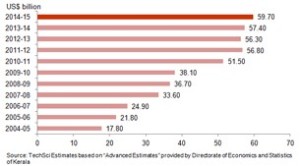 Yet, although Kerala’s NSDP is way below that of Gujarat, it achieves the highest score on social progress (67.75) amongst the Indian states in 2016 (See graph 3 below), about 10 percentage points over that of Gujarat. This indicates that economic performance cannot be the sole driving factor and that for growth to be inclusive, we need to think of the dimensions of basic human needs, foundations of wellbeing and availability of opportunities for human development. 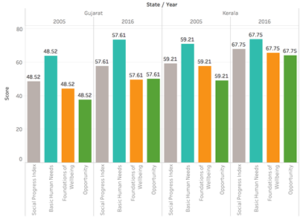 The comparison of Gujarat and Karnataka through the lens of the SPI reveals important insights. While it is true that historical and cultural factors have an impact on the social indicators in each region, a comparative study between the two states becomes useful for isolating specific features that contribute to high social progress in some regions. Kerala has devolved significantly more responsibilities and resources to its Panchayats than have other states in India. It has implemented systematic grassroots level planning through the People’s Planning Campaign. Kerala’s other achievements- such as a high rate of literacy (especially among women), a vibrant civil society and successful land reforms – have had a substantial effect on social progress. These mechanisms have provided safeguards to the marginalised and lead to higher levels of social indicators. Although Gujarat outperforms in terms of economic indicators, investigating the link between economic prosperity and social progress enables us to examine if growth is translating into improved social and environmental performance. Clearly, the experiences borne out by Kerala and Gujarat, as revealed by the SPI data, can offer important insights, in terms of both policy and practice, on the Indian experience, which with its typology of states can be representative of other developing countries.